Pastor Mark McLeod dreamed of planting a church with a simple goal – helping people connect with God so that they might reach their full potential.  With the help and support of his wife Chantel, they made the decision to follow God in pursuit of his calling on their lives. Their decision to follow His call did not come without a price.

After losing their home and everything they owned in a house fire, they were devastated and confused about their future. Two months after the house fire, their only son at the time, Landon, was eight months old and was diagnosed with infantile spasms.  After receiving the diagnosis, their world was turned upside down and their faith was challenged. In the process, God showed them that nothing was wrong with their child and that he spared from the fire the only thing that never could have been replaced. Through a word of prophecy, God spoke to them and said that He didn’t take their house just to be taking it, but that He took it because they didn’t need it to fulfill His purpose in their lives. God said go back home take up those ashes and throw them into the air and touch other generations.

They left Mississippi and came to Virginia with a passion to build a life-giving church in the DC metro area. On July 22, 1996, they arrived in Virginia to begin what God had called them to do. Church On The Move began on October 6, 1996 in the Huntington Community Center in Alexandria, Virginia. For the next fourteen years, Church on the Move met in community centers and public schools. On July 18, 2010, Church on the Move moved into their own facility and had their first service. 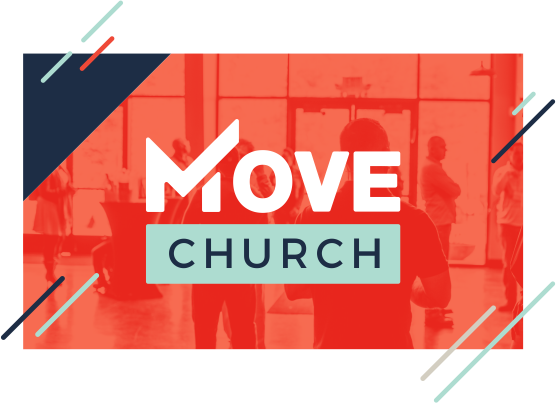 Throughout the early months of 2018, the pastors and staff received fresh vision from the Lord. To match this fresh vision, Church on the Move relaunched the church as Move Church.

From the beginning, Move Church focused on reaching out to the non-churched community by building relationships with people through the life-giving message of Jesus Christ. Today, hundreds of people attend the weekend services and life groups in the Northern Virginia area.  God is at work at Move Church. We invite you to see for yourself how exciting church can be when the focus is simple and people are free to go after God with passion.

We would love to connect! Send us a message and we'll be in touch!